AT3900USB with on board CF Card

Up-converter with IF & RF outputs

On board Compact Flash Memory to play Transport Streams without a need for an external source.

Stand alone operation. No PC needed. Modulation of TS files from On Board CF or External DVB-ASI source.

Modulation of Transport Stream from the ASI input.

All modulation processes are carried out by the hardware so that there is no load on the PC processor,
So there is no need for an expensive high performance PC.

USB Mode
In this mode the AT3900USB operates just as a standard USB based device. The Modulation and IF/RF parameter can be set via the application software, DVSStation4. The Transport Streams could be entering the device via the USB interface or via an external DVB-ASI source.
The Re-Mux function could be used to Filter out unwanted PIDs to reduce the bitrate of the TS file or the Incoming DVB-ASI Transport Streams.

Stand alone Mode
In this mode the device no longer requires a PC for its operation. Any Transport Streams from the DVB-ASI input is modulated according to the parameters set by the user. The modulation, IF & RF parameters are stored on the internal memory of the AT3900USB. These parameters could be changed by the user at any time via the USB or RS232 interfaces.
If there are no incoming DVB-ASI streams, the device modulates from the TS files recorded on its ON BOARD COMPACT FLASH memory.
In this mode of operation, it is possible to have UNINTERRUPTED modulations of Transport Streams, having RF ( 950 to 2150MHz ), IF ( both I&Q) & DVB-ASI outputs available at the SAME TIME, 24 Hours a day, 7 Days a week without a PC. 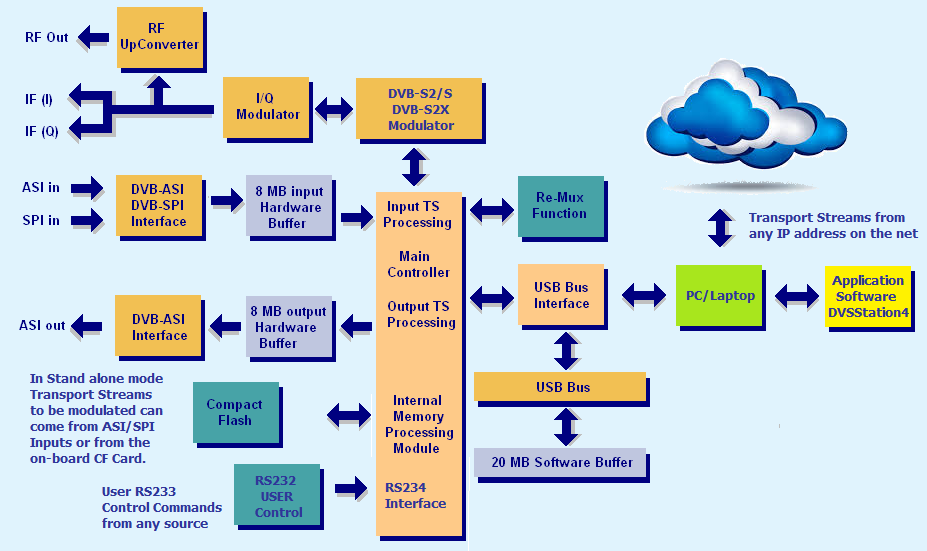 Targeted for Digital Video Professionals, Sophisticated End Users and OEMs the AT3900USB is an ideal solution for a number of applications such as:

On Board Buffer:16 Mbytes.

IF Output Power over bandwidth: -10dBm.

DVSStation3/4/IP: Alitronika devices are supported by DVSStation3, DVSStation4 or DVSStationIP, Alitronika's FREE Transport Stream Player, Recorder, Analyser and converter application software. Please refer to the specification and User Manual of these applications for more information. Even better please download them from our website and try them out. They works in DEMO mode without any Alitronika devices. 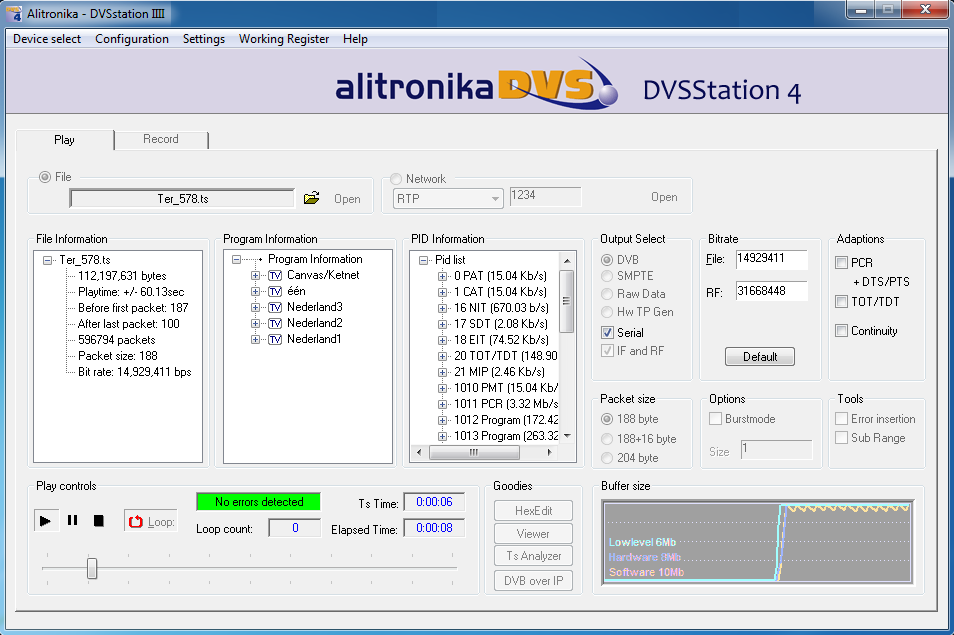 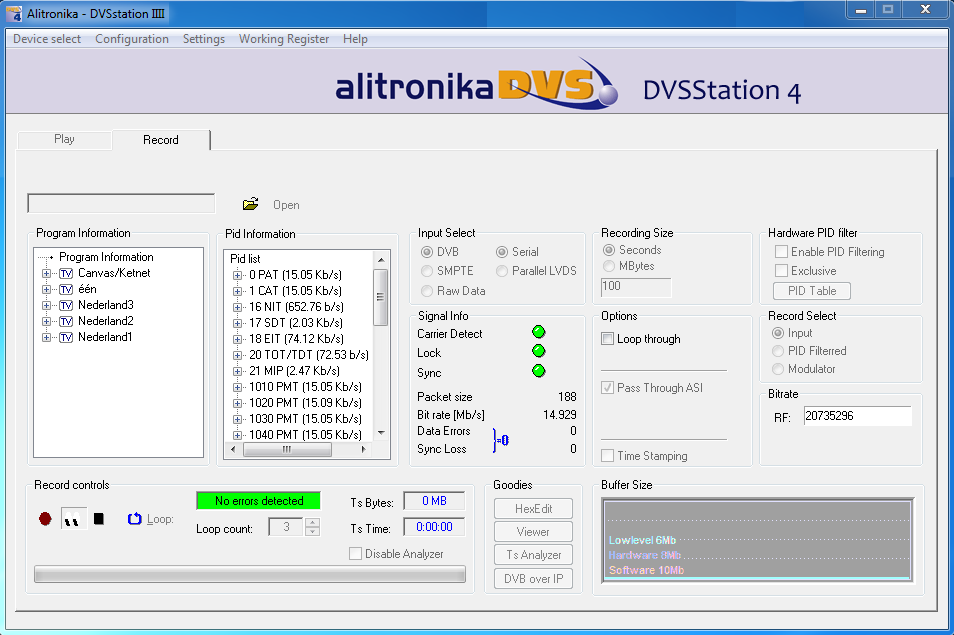 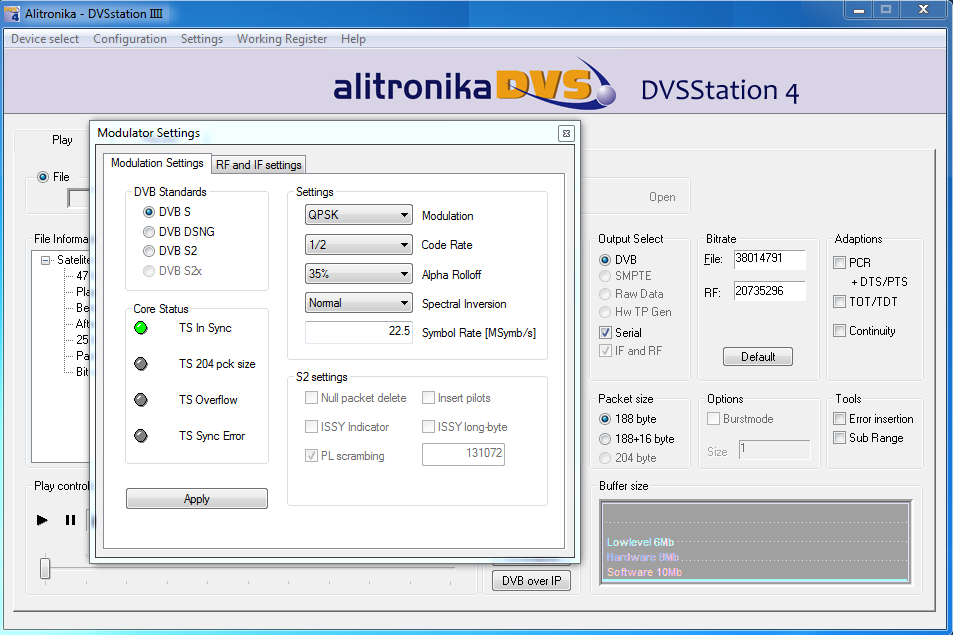 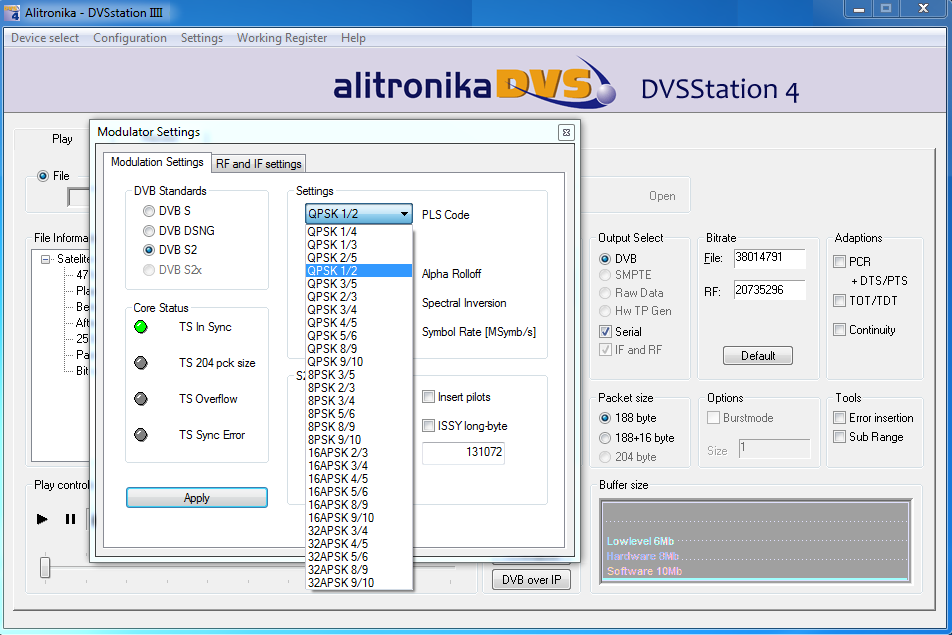 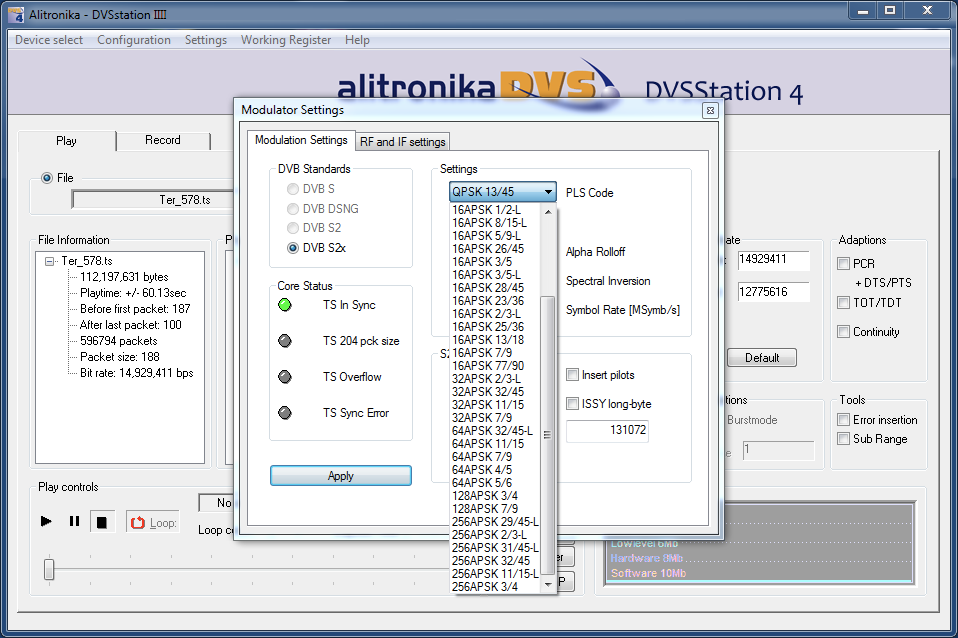 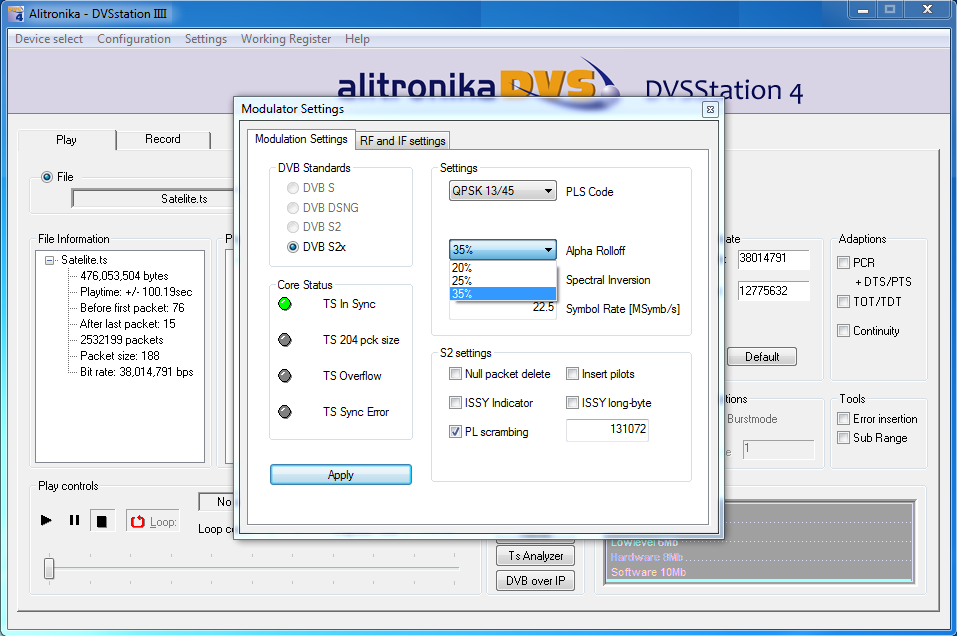 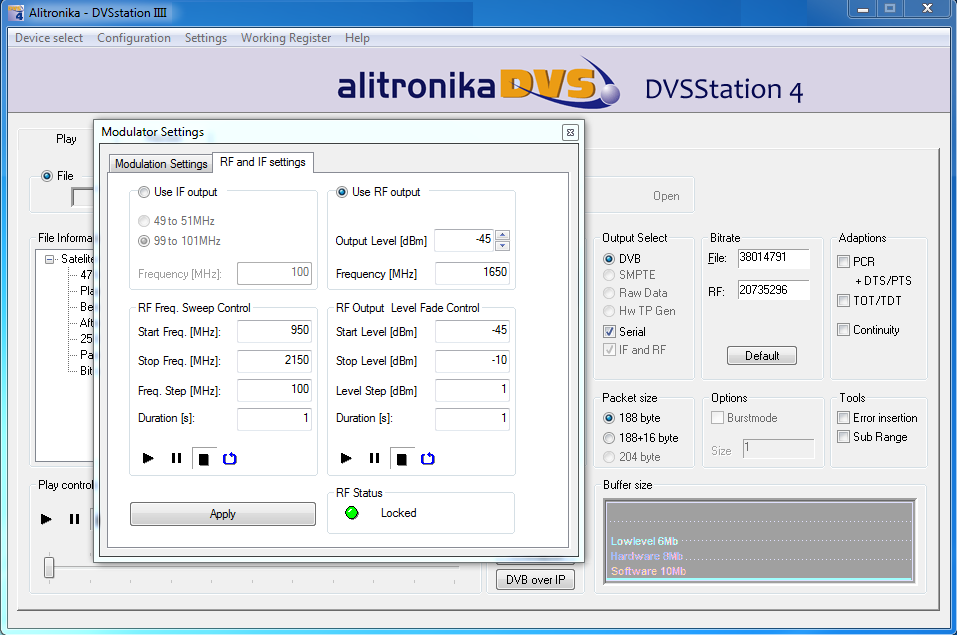 IF output frequency is selectable between 50MHz & 100MHz

The application software provides the user with many functions & features such as : 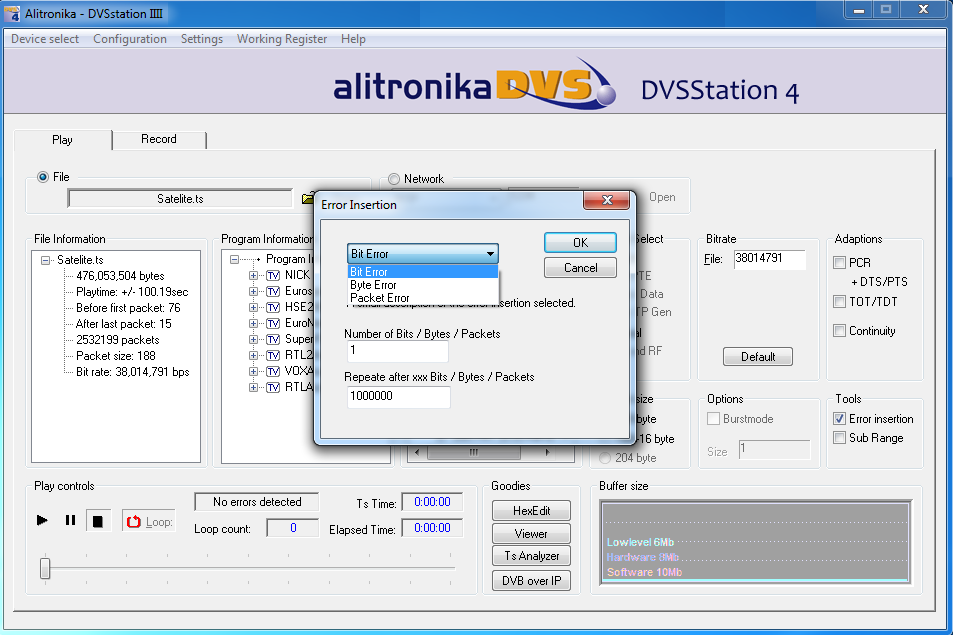 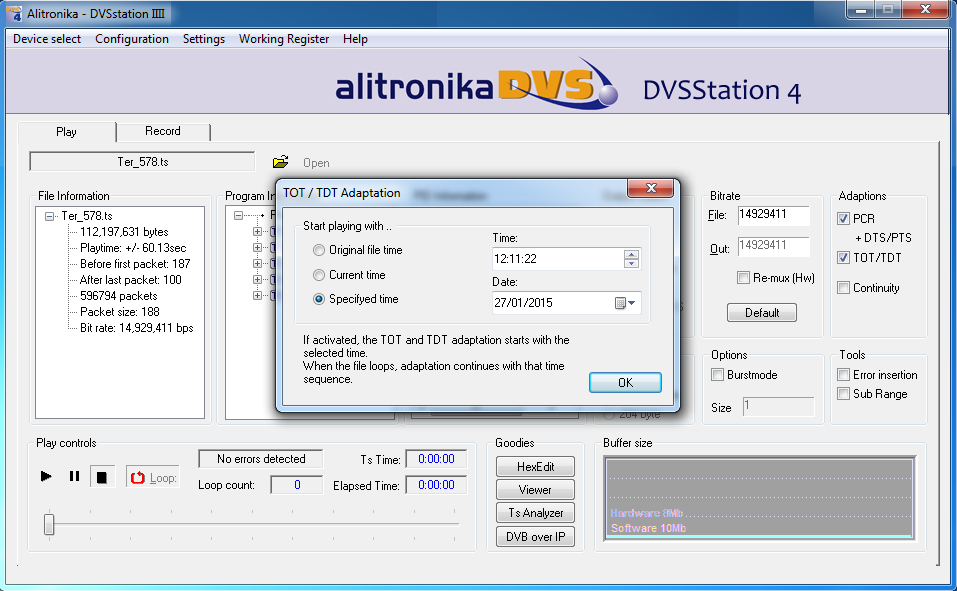 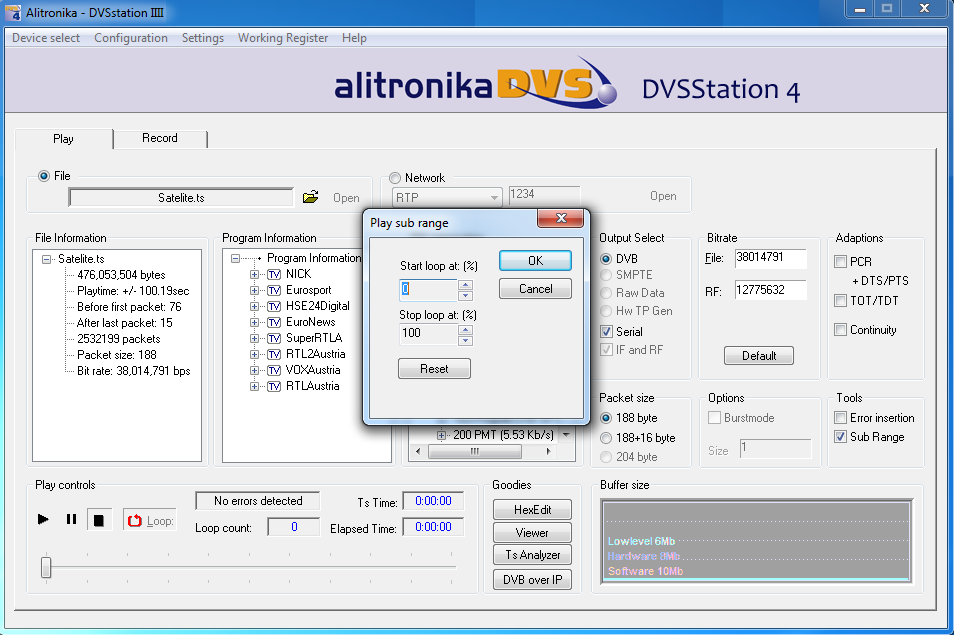 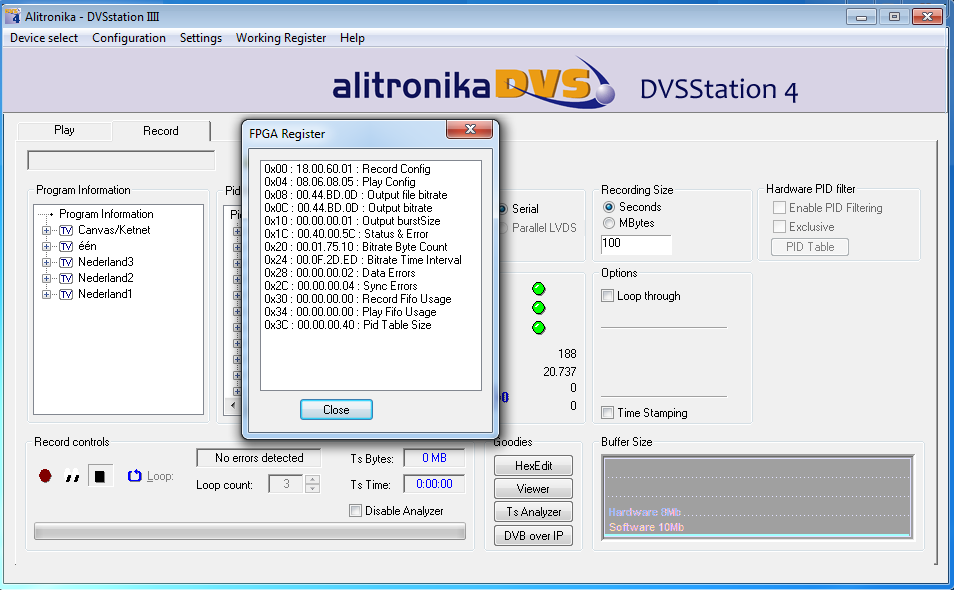 Among the "Goodies" are a Video Viewer

A DVB to IP Player/Converter 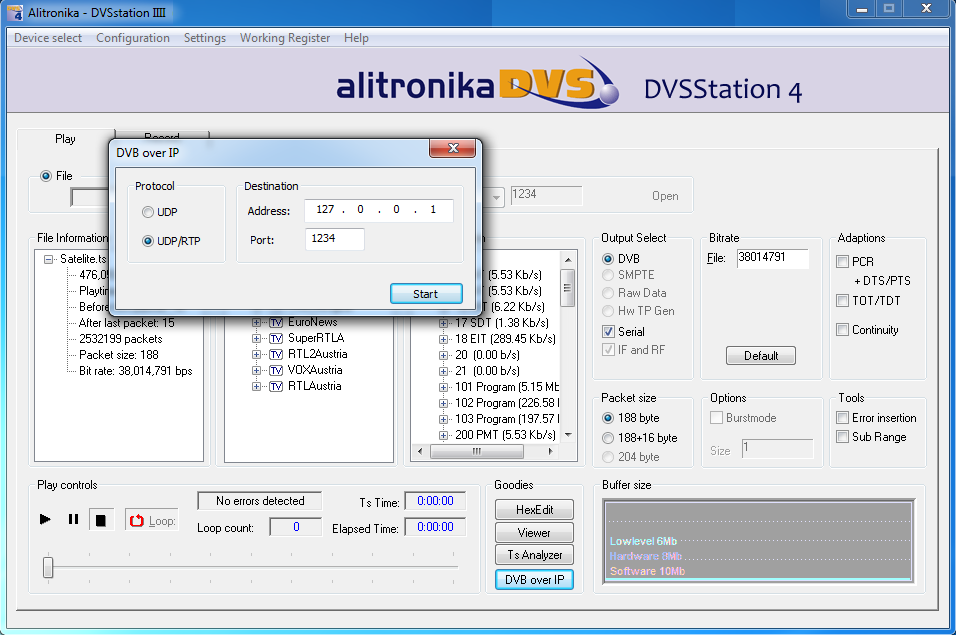 As well as the Integrated Quick TS Analyzer, TSReader support these devices. 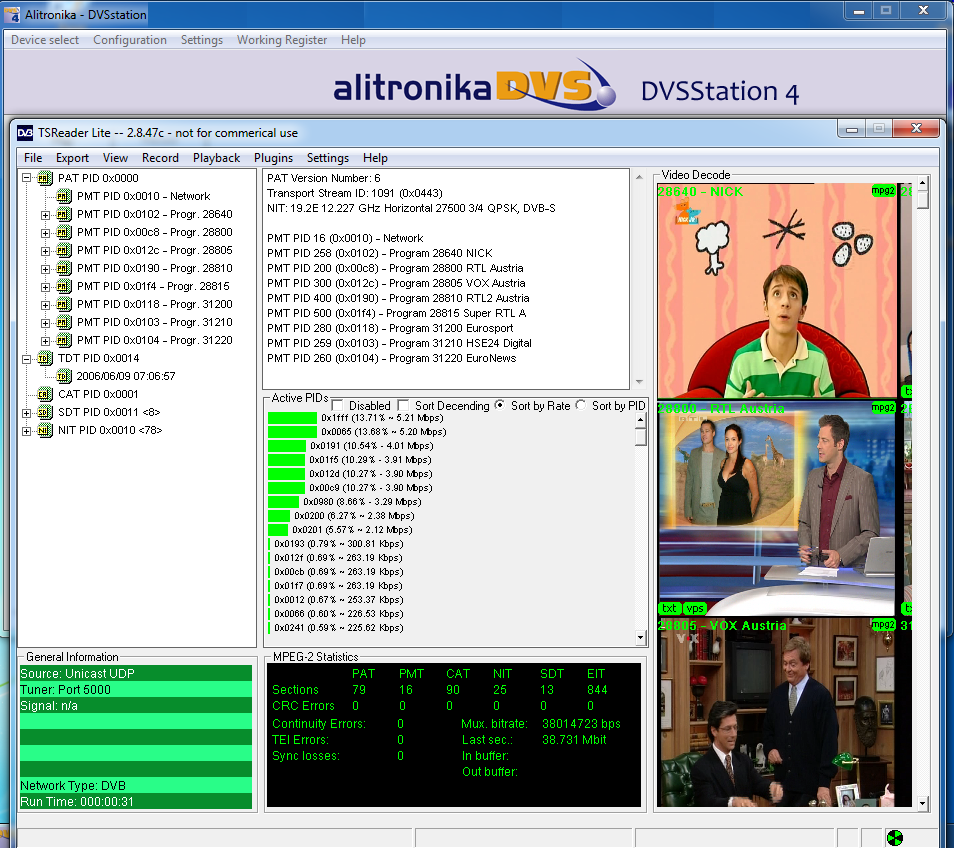 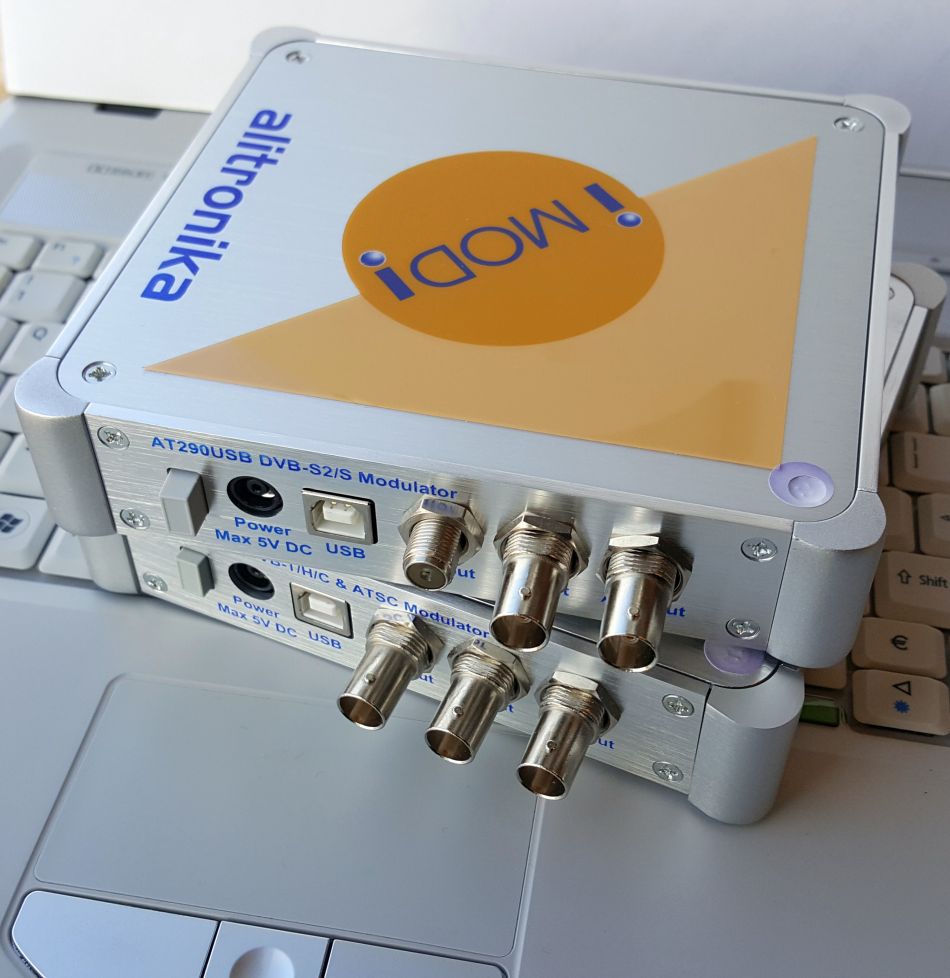